Many modern computers are designed as fast, versatile machines that can perform multiple tasks. Although this isn't incorrect in many cases, it's because many parts of business and entertainment computer use are barely as difficult as checking email or opening a video for computers. If you don't understand the gaming term attached to computers or how much different their maintenance can be, take a look at what gaming means to the hardware industry and how to maintain the system.

To understand what a gaming computer is really for, you need to define gaming. This question is, unfortunately, a point of contention amongst people who play games, but the following definition covers gaming as far as computer hardware.

A gaming computer refers to a computer with a video card (also called a graphics card) used to play complex graphics that the processor not only has trouble with but lacks the specific code to deliver. These games are often higher in computer memory usage and processor usage than your standard web browser with a single window or tab or the usual fare of office productivity software.

There are games that can be played without a gaming computer. Browser-based games run in your web browser using platforms such as Java or Flash, but these games do not require specialized parts to be played. That isn't to say that they can be played on any computer, since as the standard computer becomes more powerful, the games developed for the average computer user become more advanced.

Gaming can be performed on multiple platforms in many ways, but keep in mind that when you're looking at a branded and specialized gaming computer, you need to know how the video card performs with the other components.

Maintaining Performance In A Gaming Laptop

A gaming laptop is a little different from gaming desktops in more ways than size. Because of the high performance and extra demands of computers with video cards, heat management is an issue that requires not only good design from the manufacturer but proper maintenance that can be a bit harder because of the smaller size. Gaming systems need to be cleaned more often because of the higher performance components.

You'll need to clean dust from the system to avoid an already high-temperature system becoming even higher. Dust acts as a blanket of sorts, insulating the system and raising temperatures. At critical heat, your system may burn on the inside as small bits of dust ignite.

Cleaning laptops requires opening the system by removing screws and exposing the internal components. You'll need precision cleaning instruments since some of the parts are too small to be easily cleaned with an electronics-safe cloth.

If you're not comfortable with cleaning the inside of a high-performance gaming laptop, contact a laptop repair professional. Their expert team can open and clean the system in an organized environment and can even perform upgrades if you need to stay on top of the new gaming demands. 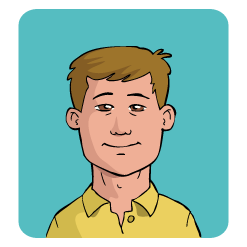